Having just competed a one week run from London to Istanbul on the train (mostly), I’m contemplating if it’s a journey that I would recommend to others. Whilst just a modest 3000 km, it contains some real highlights, but also a couple of challenges.

The major highlight of such a trip is the huge cultural diversity that you can encounter in just a few days. Every day is a new currency, a new favourite beer, and a place that feels very different to yesterday. If you are unlucky you may discover a new top scam too. Living in Europe we are lucky to have such differences packed into a relatively small amount of space, east to west, north to south.

In terms of trains, Europe has really divided itself into three areas. In the core (rich) EU countries, heavy investment in rail infrastructure has given us a high speed rail network that can propel us effortlessly between member states. Whilst this is progress, the consequence is the slow death of the night train network, one of the huge pleasures of longer range rail adventure. In the second area – countries like Hungary and Romania, there are few high speed trains, but still great night trains and connections with other trains across multiple countries. In the third zone are the countries that have failed to invest in even maintaining their rail network. Travel in Bulgaria, Greece, Turkey (and a few others) is much harder than it used to be – at the moment. 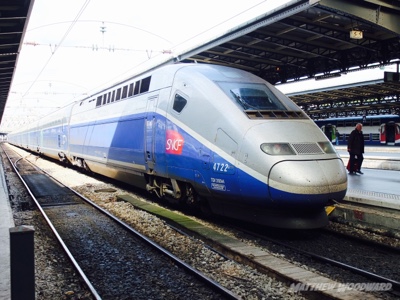 Travelling east it’s possible to get to Budapest in less than 24 hours. After Munich things slow down, and in my view get much more pleasurable. I would commend travel to Central and Eastern Europe by train. I have recently found a new place in my heart for German beer, for Hungarian wine, and for Romanian cafe culture. I have found the trains to be reliable, safe and great to meet local people and admire the scenery of their countries. In Western Europe I think people have the wrong perception of newer EU members as they might just see migrants in their own country. Travel there and you find amazing cities, culture and heritage that isn’t perhaps well represented in the media back at home.

Train wise, you can experience travel at about 300 km/h as far as Munich on the TGV and then a couple of classic sleepers between Munich, Budapest and Bucharest. There is great joy to be had sleeping on a train arriving ready for a new day in a fresh city. I have yet to try the Belgrade route, I understand while slightly faster, the sleepers are not quite as good.

There is a snag coming, and it’s this. Things break down pretty severely from a train point of view as you head beyond Bucharest. The trains are fewer, they are of lower quality, and sometimes there are no trains at all. To be honest going to Istanbul on the train is a hard and difficult journey, and not one to attempt unless you seek the satisfaction of perhaps the biggest prize in European rail adventure. 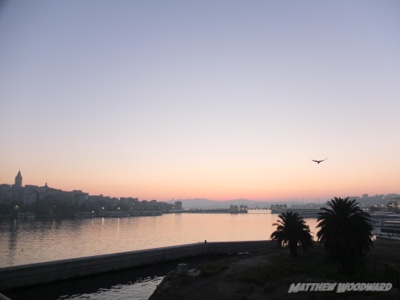 Would I recommend it? No, not unless you enjoy old trains, multiple train changes, red tape and sleep deprivation. Take a plane from Bucharest or Sofia to Istanbul. But if you must, if you really have that burning “because it’s there” desire, then good for you. Get plenty of rest, buy provisions, and be prepared for the need to crash out on a good bed when you arrive in Istanbul. You are a born again hard core rail adventurer. Bravo!

3 Comments on “Mad to go to Istanbul by train, or mad not to?”

Hi Matthew, I hope you have managed some well earned rest. Thank you for sharing your travels, it has been both exciting and entertaining! …was that a return ticket?!

This is another journey we shall be following in your footsteps, sometime. Like you I love the idea of sleeping (after restaurant car-even better) and waking up in another country. I remember once waking up while the train was being put on the ferry at Putgarden (for Rodby) . Think they have a bridge now-what a shame!

Thanks for sharing about your great train adventures, many of which I dream of doing myself.
I probably never will, but thoroughly enjoy reading about yours.
Sam