After the experience on the train from Lhasa, I gave myself 48 hours in a reasonably plush hotel to decompress. I must have had some train related PTSD, as I found myself on sentry duty during the night, guarding my bathroom from non existent smoking Chinese passengers. Also without really thinking about it, I worked out that the square footage of my bedroom would accommodate 32 people in the density of soft class. My time in Guangzhou was short, but I felt very relaxed here. I last visited in 1990, and of course hardly recognise the place now. 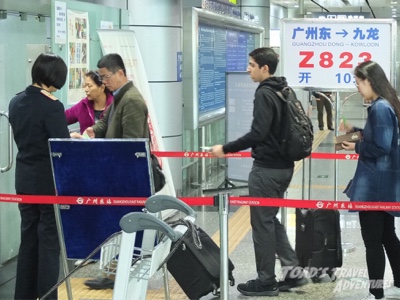 I took the concierge at his word and hopped into the hotel courtesy bus just 37 minutes before my train was due to leave. I didn’t spot that my ticket says to arrive at the station 45 minutes prior to departure, but fortunately I had no problems on this occasion. Departing from Guangzhou East railway station you ascend some huge escalators to get to the long distance and “international” waiting rooms. Chinese exit formalities and customs are completed here before boarding the train. If I had known this I would have given myself some contingency time to be safe (my rail travel rule number 5). 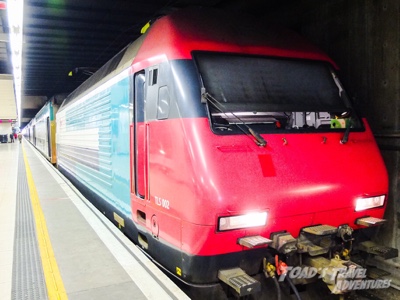 The Z823 is one of two different direct high speed train types that travel between Guangzhou and Hong Kong. This one is run by KTT. It’s not quite as swish as the other type, but the timings of this one made more sense, as I had to go and see a man about a snake in the afternoon. More on this in a later post. 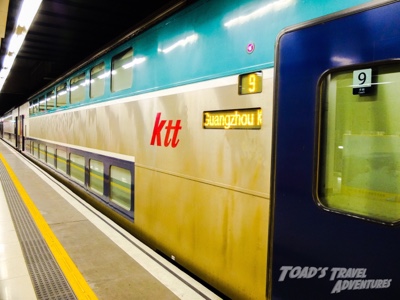 The train is a double decker. Today there are only a few people on the top deck so I can spread out and relax for a couple of hours. I haven’t been on a day train (one without beds) since I left Berlin more than a month ago.
I decide to confront my inner demons and visit the toilet. It’s very shiny inside and there are some great notices on the wall. One says there is a 5000 RMB fine for smoking, and the other is a cleaning inspection rota with a telephone number to call in the event of any dissatisfaction. I have written it down just in case I need it. You might wish to make a note of it too – (852) 2947 7888. Happy days. I’m now very much in “new” China rather than “old” China – but confusingly I suspect to many, both are called “Z” class trains.. 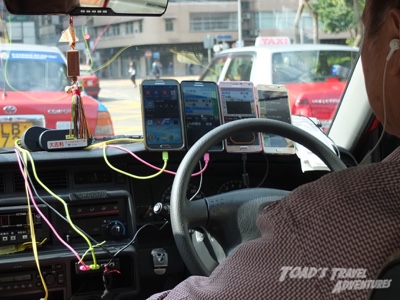 Immigration and customs at Hung Hom (Hong Kong’s station) take 10 minutes, and I’m in a taxi to downtown Kowloon in no time. My driver looks like he might have other things on his mind. He is clearly good at multi-tasking. A bet on the horses at Happy Valley, a debt for equity swap deal, and maybe what’s on TV tonight are all coming through thick and fast in Cantonese on his custom built head-up display. 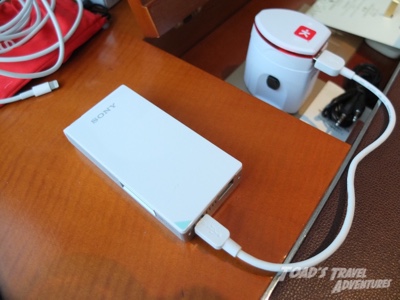 My immediate priority is to resolve some kit issues. Owing to the dryness of the atmosphere in Tibet there was a lot of static electricity flying about, and I received some big visible blue shocks when touching my iPad whilst it was charging. Since this happened I can no longer connect my camera SD card. As my blogging is dependent on being able to do this, I head straight to the Apple Store in Canton Road. Unlike in mainland China, it is a real one, and the support is reassuringly brilliant. The diagnosis isn’t good though – I need a new iPad, as the Lightning connector has apparently been fried. They offer to give me a replacement on the spot, but that’s no good to me as I have no back up of my work. But I have a cunning solution, and it takes me less than an hour to get hold of a wireless SD card reader (from Sony) that does this job perfectly. I’m back in the blogging game.

One Comment on “Enter the Dragon – the Z823 to Hong Kong”

The Ktt train you've taken to Hong Kong is operated by the local (Hong Kong) operator, MTR (also operate Crossrail in London, soon). It differs from those through train operated by the national operator. For the taxi drivers, they actually operate a "call center" on-the-fly, they receive taxi orders from a number of mobile app, and the driver will use their mobile phone or walkie-talkie to communicate and arrange the order with their fellow drivers.