Okayama is a busy station and smells of noodles. It immediately gives me a “Blade Runner” feeling. It’s a big place, and it takes me a few minutes to work it all out. I have 46 minutes here, and already have a reservation, so no need to panic. Time for some iced coffee and ibuprofen as I’m a bit dazed after the last train. 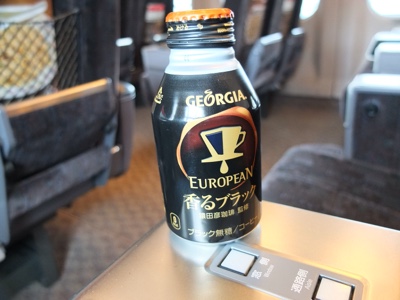 The Shinkansen has its own dedicated “terminal” on top of the regular station, and I’m soon on the right platform. As this is a terminus, the train arrives on the platform more than 20 minutes before we are due to depart, so I can hop straight on. I’m in carriage no 9, which is “green”, or first class. 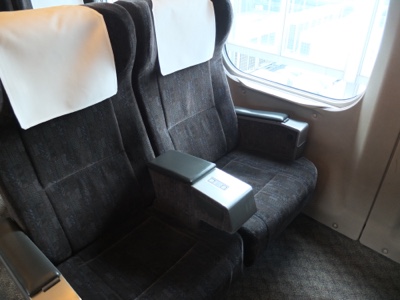 The guard bows at us when he enters and leaves the carriage, and the difference between sitting on the floor of unreserved limited express and sitting in green seat of the Hikari could not be more extreme. 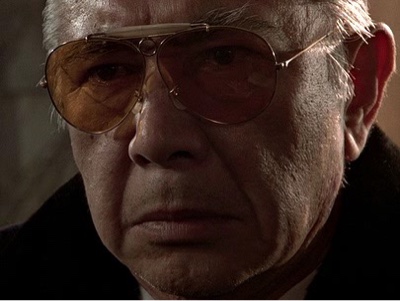 Before we set off a very well dressed elderly man with big gold framed glasses and a Louis Vitton laptop bag greets me quite formally and sits down next to me. He looks vaguely familiar. I work out where I have seen him before. It’s “Sugai” (or his spitting image) – he’s the Yakuza crime lord from one of my favourite Japan based Hollywood films, “Black Rain”.

The train is delayed by about ten minutes due to snow. It doesn’t seem to be slowing down much though. No weak excuses about “leaves on the line” here! Mr Sugai and I both get off when the train stops in Kyoto and we go our separate ways. It’s time for me to get some well earned rest.