My first duties on arrival in Tokyo were unplanned. It turns out that they are filming some sort of Japanese “Apprentice” type show at my hotel. My role is that of the checking in Western guest. I’m reminded of how Bill Murray is directed by the fictitious Japanese director in “Lost in Translation”, so I decide to follow his lead and play my part “with intensity”.. I didn’t take any fee for this role, but on the advice of my friend George Lucas, I have retained all the merchandising rights in case the “Toad-San” action figure takes off in Japan.. 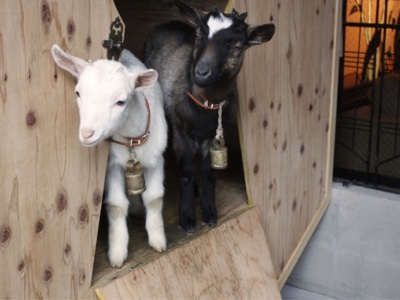 I have had an interesting insight into Tokyo coffee culture today. I suggest to Yuka, my guide here in Tokyo, that we stop at Starbucks on the way to Shinjuku station. However she has other ideas. Our first stop of the day is a coffee bar in Shibuya with a difference. It has two resident goats. Apparently you can take them for a walk down to the local station, but when Yuka asks for their leads we find this is only possible after 3pm. The goats make a lot of noise until the barista fixes them some food.. They certainly didn’t teach me this skill on my barista City & Guilds course! 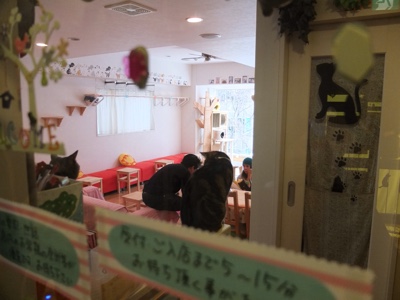 The second coffee bar of the day, also in Shibuya, is no more mainstream. It’s a “cat cafe” where people go to stroke feline friends over a cup of coffee or a fruit smoothie. This place is just weird. It’s on the third floor of an anonymous block off a busy side street. 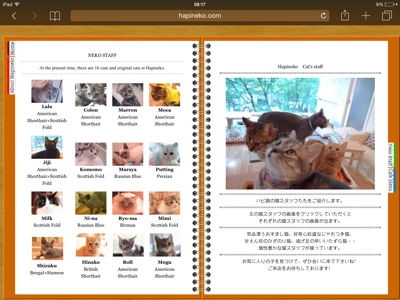 Reception has a little window, and it’s overseen today by a large black cat who looks through the glass like it might decide which humans to admit. We don’t actually spend time here as you pay by the half hour with the cats as well as for the coffee and cat food. I would also point out that I don’t even like cats..and I don’t think the cat at reception liked me either! 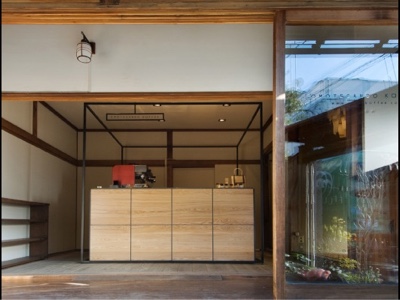 Our third coffee stop is at an amazingly zen place called Omotesando. It’s a tiny garden in a semi domestic street with a wooden screened platform like some sort of shrine. At the altar a kind of mad Japanese scientist barista makes very serious cups of coffee. If coffee were a martial art, this chap is clearly a black belt master. I’m deeply impressed when I watch him make a close to perfect cup of espresso and reject it for some tiny unexplained reason. 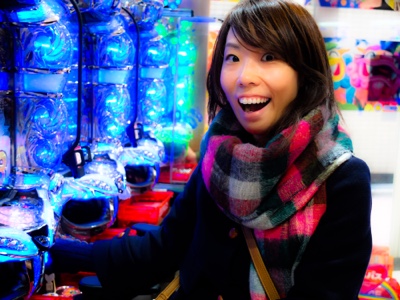 Between coffee stops I’m keen to see some pachinko. If you haven’t heard of this, its a form of semi legalised gambling using machines that fire ball bearings at slots like a pinball machine without the flippers. After WW2 there was lots of obvious spare capacity in the Japanese ball bearing industry and it took off. Inside the parlour it’s insanely loud and busy with some clearly addicted punters trying to get an edge on their chosen machines. 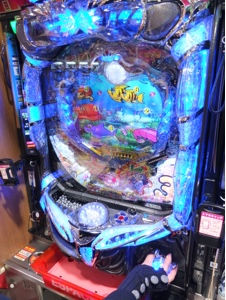 The best players have baskets of ball bearings behind their seats marking them out as pachinko “Top Guns”. The machines are designed to absorb every ounce of your senses and make you lose track of time. They even have integrated chargers for you phone if you are making a day of it.

Yuka and I give it a go, and it’s clear she is much better at it than me. However, we quickly blast through 2000 Yen without anything to show for it ten minutes later! 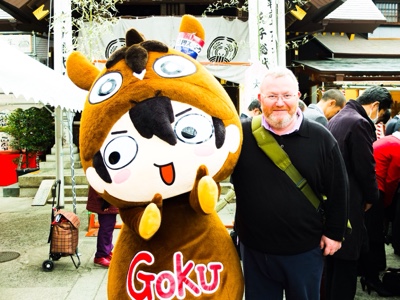 As a visitor to Tokyo things are not always as they seem, you just need to embrace the weirdness and enjoy it. I certainly am. I just wish I was in this great city a bit longer.. Never mind, blogging next about deadly fish!