Tokyo is so much more “Blade Runner” than most other Asian cities. In my neighbourhood of Shinjuku you can be seemingly in the 22nd century one minute, but turn down a small side street, and feel like Ridley Scott has just started filming his latest sequel in a dingy noodle bar.

My first foray into Shinjuku nightlife proved slightly confusing. I wanted to find some bars in a district called “Golden Gion”, but which ever way I walked around the blocks I ended back up in the Tokyo equivalent of Soho, albeit possibly a bit safer but much much weirder. 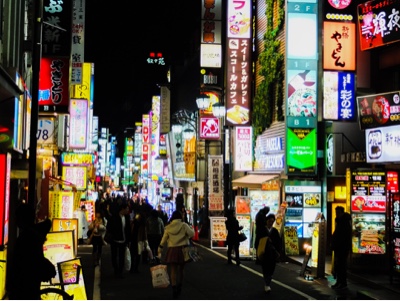 My local bar here is a place called “Heart Beat”. This is a common concept in Tokyo – a barman, a cook and about five seats in a bar the size of your average bedroom. The cook operates in something the size of a cupboard, from which he does the cooking (with a cigarette clamped between his lips). I drink Sapporo beer whilst helping out the barman with his English menu on his iPad. There are some wonderful misspellings! A bored businessman drinks Scotch and we compare watches. He wins as he has quite a rare Rolex Submariner that he seems to know very little about. 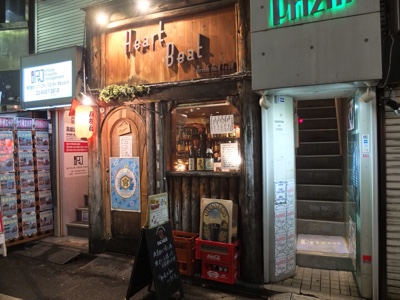 On my second foray into Shinjuku failure isn’t an option. Yuka steers me personally in to a small street close to the west side of Shinjuku station for a close target recce on a place that I would never find without her. In fact moments after being shown it, I can’t find it again.. If you ever saw those Harry Potter films, it’s like a Japanese version of “Diagon Alley”! It’s packed with tiny places serving food and drinks to salarymen who are not ready to go home. Their significant others would never hope to discover them in this hidden and secret enclave of underworld Yakatori and booze! 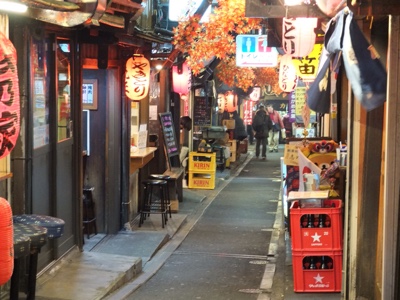 My firm and immediate favourite is the “Albatross Bar”. It has a rather trendy barman who plays very cool music and mixes cocktails for a couple of men in suits. He serves me like I have been drinking here for years – once I have worked out how to turn around and sit down in a space not big enough to swing a millipede. 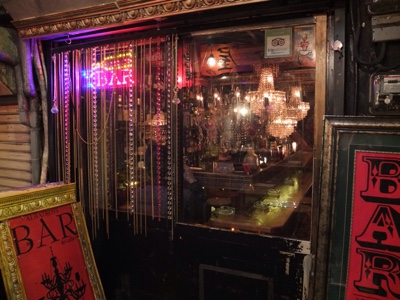 The Albatross has made an extra effort with its chandeliers. These would be well placed in a small stately home, but in here I find myself talking to them, through them and around them at the bar as the dominate the inside of the place. Using a phrase “at the bar” might imply you have a choice where to be. You don’t as there is barely three feet of space in front of it. 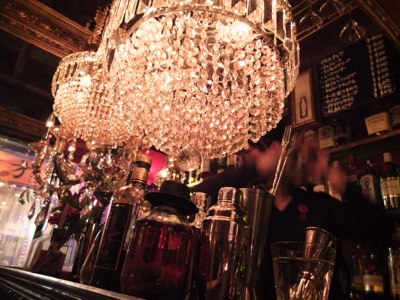 I found these places incredibly friendly and safe to be in. If you are coming to Tokyo you must try and find this bar scene. It really is the “underbelly” of Tokyo and the kind of place Dechard would certainly enjoy a quiet beer in before pursuing and terminating illegal replicants.

Reminds me of fond memories of my life there. I have been enjoying your travels as you progressed. Ian