I have had far too short a stay in Vladivostok. Thanks to some faultless organisation by my local agent, I was off the train, cleaned up and having dinner in my Korean hotel “nightclub” within an hour of arriving at the city’s historic station. The Rouble exchange rate allowed me to have a blow out meal with much beer for £25. But the perils of wifi meant I was up for several hours, and despite staying in a very comfy bed I only managed about three hours sleep. 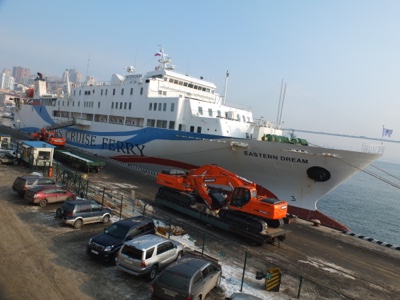 Priority number one the following morning (after a reasonable breakfast) was to find out about the plans of my ship, the MV Eastern Dream. This was very much in the tradition of Michael Palin and his “Round the World in 80 Days” programme made by the BBC. My intel from Moscow was correct and there she was in the harbour, due to sail a day early – that afternoon at 17.00 local time. At the shipping office my paperwork seemed to all be in order, with just the local port tax to pay. 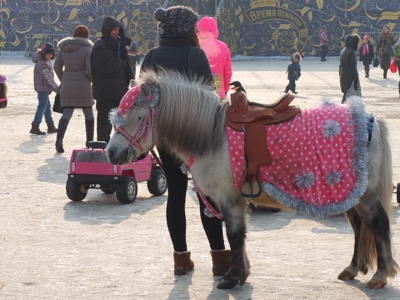 So just a few hours to get a perspective on the city – closed not just to Westererners, but to Russians as well, until 1992. I like the place, but can’t put my finger on quite why. It strikes me as a Russian version of San Francisco or Istanbul, with a big bridge, lots of hills and a cold sea. It’s very proudly not Moscow or St Petersburg. 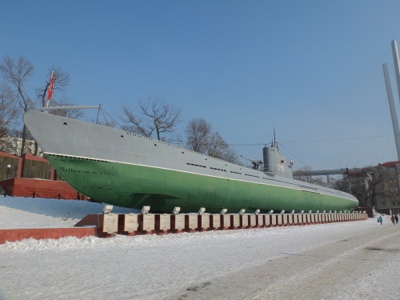 Before heading to the port I had the chance to visit C-56, a 1942 WW2 (“Great Patriotic War”) submarine. It was interesting to compare it with British boats of the same age. Natalia, my local interpretor, demonstrates torpedo tube loading drills – she is very proficient, and I suspect this is a place she must visit quite a lot. 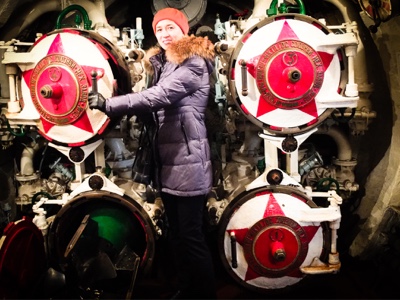 The boat has no visible class or rank segregation on board. It’s the captain in his cabin and everyone else together here. No individual mess rooms for officers, artificers, petty officers and sailors like in the Royal Navy. 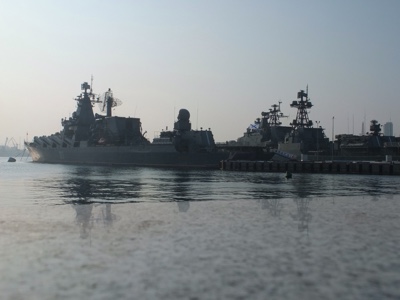 The museum and war memorial is now in the shadows of the modern Russian Pacific Fleet, dark grey destroyers bristling with guided missiles. All for my safety and security I’m sure! 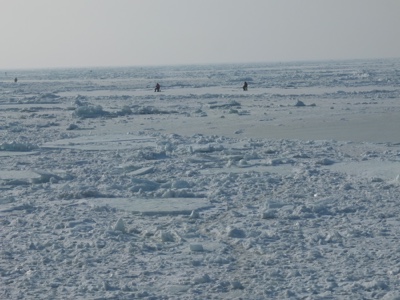 Perhaps more of a concern to me was the state of the sea. From my hotel bedroom window the previous night I could see that it is in fact…totally frozen. I’m assured by Natalia that an ice breaker will not be required, as the main channel is navigable and it is just the bay that is frozen. It’s covered with people fishing through the ice, sometimes with their cars..

Taegeun, my South Korean friend from train 002, has also managed to get a ticket on the Eastern Dream, and I’m pleased to see him again down at the port. In the immigration queue he apologises to me and explains that as a mark of respect for the older Korean passengers, we should let them all go in front of us. I felt a bit embarrassed as it was such a nice gesture, but not something I’m ever likely to witness back in a boarding queue at Heathrow T3.

A few more stamps in my now overfull passport, a quick sniffer dog search and I have left the Russian Federation. Goodbye Mother Russia!

Did you hear if it is possible to see the Gulag in Vladivostok? I had a relative who imprisoned there and freed by a British consulate worker. My relative was returned to Canada. He was in prison from 1940-1945. He was age 13 at the time he was freed. His parents had been executed by the Communists. The reason my relative was imprisoned was due to stealing food since he was a minor child, orphan and alone. He escaped from two prisons and the judge sent him to Vladivostok due to his escapes. My relatives parents were Communists who went to Russia in 1938. Biggest mistake ever.