Getting some real sleep on a night train might be likened to your first ever proper engagement in combat – you need the experience to be able to function properly and make the best of things. But until you have this experience, settling down to a good night’s sleep can be rather challenging.

The EN447 “Jan Kiepura” is a good train (note – seemingly now also being called the “Berlin – Warsaw Express”). It bashes through Germany in the middle of the night with the minimum of fuss and tooting. I have reviewed the journey on this blog before if you want to look back under the “Poland” label to the right of this page.

Last night after not getting on the train until after midnight, I found it hard to settle down. A cold can of pilsner helped, and my routine was quickly in place, including a “pillow raid” using my secret rail key. 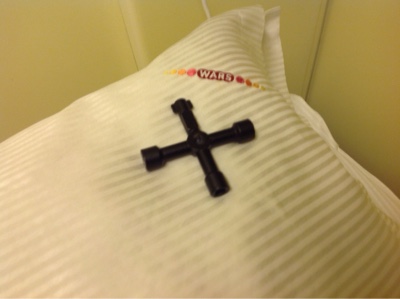 The problem was about the quality of my sleep. Carriage 180 is a proper old school blue painted wagon-lit, and I can’t fault it. I have been on it several times before and It is in fact the type of compartment I would happily have on any train if there were a choice. Everything on board is spotlessly clean, safe, and works well. The WARS conductor is always super friendly. But yet I found sleep elusive even though I was pretty tired. Firstly there is the noise of wind ripping past the window, the vacuum of the tunnels and the random banging and clattering in the corridor. Secondly, there is the insane roller coaster feel of movement in all directions as the train tucks in and out of the suburban sprawl of Germany at some pace on what feel like banked corners. Thirdly, there is the bed itself. It’s quite firm and great if you sleep on your back, but not so good if you prefer other positions, having little room on either side and no “give”. I tried a few new train positions in an attempt to nod off – “the stork”, “the angry fireman”, and “the bricklayer”. All I need is a good illustrator and I might have the idea for a tastefully done new best seller.. It’s the title of this blog. 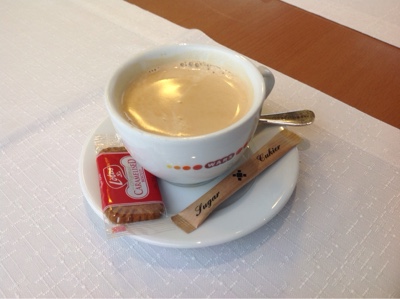 Anyway, I decided to get up and on with the day just after 08.00am with a stiff back, neck and shoulders after a night of tossing and turning. There is a really good restaurant carriage that gets attached to this train at the Polish border, but I’m saving myself for a cabbage and dead animal based feast at lunchtime. I am however enjoying what I rate to be one of the world’s finer onboard cups of coffee..that is until I get out my portable espresso machine (seriously!). The train is due into Warsaw in a little under three hours and then I’m on a 24 hour R&R to recharge my batteries before heading further east. I’m going to spend some time on the trail of the Polish Enigma story.