If I’m honest with you I’m not a massive fan of Amsterdam, but I’m sure that you will already have your own view of the city, so I won’t put you off by saying this. It’s been a wet and miserable day and the climate doesn’t do much for those contemplating some sightseeing. That said, I doubt many visitors to Amsterdam see that much daylight anyway. The streets seem busy with damp and bemused tourists, tramps, pimps, brewers, baristas and drug dealers all going purposefully about their business.

In passing there is a very high profile campaign at the moment warning visitors about the dangers of buying drugs on the street. As I understand, it’s a batch of dodgy white heroin as a substitute for cocaine. Even my bus driver tells me to go to a coffee shop for my drugs. If only she were to know that the purpose of my visit to Amsterdam was in fact Trans-Siberian exploration… 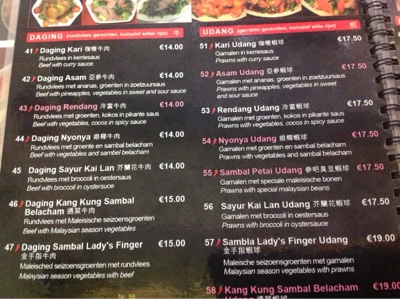 I spent much of the day on a few fairly mundane housekeeping tasks. These included using my new VPN app on the iPad to download the penultimate episode of “The Apprentice” (this possibly needs a whole post as much to my amazement, as its a bit of tech that works), uploading various blogs and treating myself to a rather fiery and pimped up Nasi Goreng “Nonya” in my favourite Malay place at the back of the red light district. 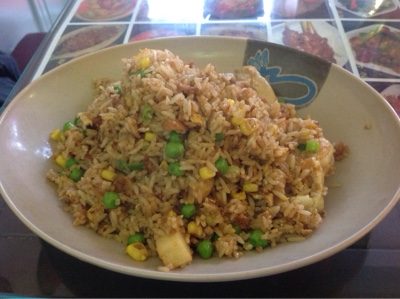 Amsterdam has been rebuilding its historic station for a long time now, and from what I can see it’s almost complete. What I discovered today is that it presents its best side to those using platform 2, the line that serves the German high speed trains to Frankfurt. Here you are treated to a choice of nice bars and coffee shops as well as a small but comfy first class lounge, all just a few feet from the platform. Perfect! In fact if you were new to Amsteram CentraaI, I would suggest just you forget about the rest of the station and hang out on platform 2 until your train is due to depart. Elsewhere in the station there is now a piano in the main concourse (which is free for anyone to play) and an ever wider choice of slightly weird Dutch snack foods in plastic boxes.