I’m on the D10 now. It leaves Warsaw at 16.08, arriving into Moscow Belorussky station at 12.15 the following day. I’m having some immediate communication problems with my new guard. It hasn’t been an been an ideal introduction to base our relationship on. First of all he seemed not to know where my compartment was – there are only 12 in the carriage, but I had to wonder if I was going to be sleeping in the toilet for a moment. It’s probably as my ticket is a Russian one, and it makes no sense to me either. Once I was settling in he came back to stare a bit and wasn’t happy with something, demanding to see my ticket again. He then proceeded to snatch my complimentary crisps and just walked off. I think we have it sorted out now though, as he has returned with a sandwich in a box – the mark of a First Class passenger apparently. The difference between first and second class on this train is the number of people in the compartment. It has now been reorganised with just one berth, and he has put the kettle on. Edit – another visit from the guard – he has now bequeathed upon me the highest available WARS rail honour of a “Prince Polo” wafer biscuit and a “Scooby Doo” orange drink. I’m clearly railway royalty tonight.

Warsaw Centralna smelt rather of tramps and stale urine this afternoon, which is a shame as its otherwise okay. Not a contender for the “greatest train station of the world” award, but a warm and dry underground labyrinth of shops, platforms and people. The train also has a very distinct odour – of coal and stale urine. It’s not ideal and I have sprinkled some tea tree oil around the compartment. The train itself is comprised of Russian carriages one day and Polish the next, so it is 50-50 which you are going to get. In my experience the Polish ones offer better climate control (you can open the window) but smell a bit worse. I have a suspicion that this is because some passengers urinate in the sink in each compartment. Perversely the toilet does not smell at all. 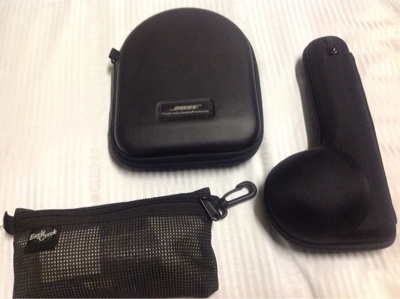 I’m quite excited about the border tonight. I have been across it before, but tonight I’m going to leave out my new espresso machine in its vagely military looking case to see if it gets marked out for a special search by the KGB or the Army. I hope this isn’t a foolhardy idea as the Russian military are not well known for their humour, but it’s a story I might be able to tell my grandchildren about once I get released from the gulag.

My carriage (21) needs some maintenance. The heating is actually jammed in the “on” position and the power socket has no live feed. I don’t have a roll of foil with me (to make a heat shield) but I do have an emergency power source in my Power Gorilla – It can charge up an iPad several times. I’m going to make the most of the opening window – it will be my last one of this trip. I’m reminded by this leg that I need to acquire a roll of gaffer tape in Moscow – there are always things that clater with the movement of the train and sticking them down makes for a more peaceful environment. 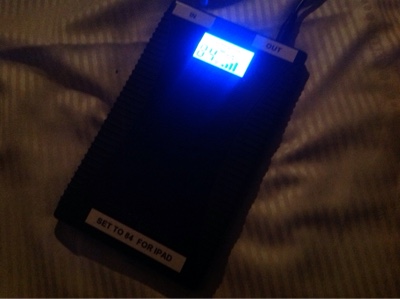 This is the last carriage of the train, which comprises of four day type carriages going to Terespol (the border with Belarus), and four sleepers making the crossing bound for Minsk and Moscow. My carriage is the last one and I’m at the end of it looking backwards from my berth so it feels like I’m being pulled unwillingly along by the rest of the train. There is an important safety tip here when visiting the bathroom – the doors behind it open onto the nothingness behind the train. 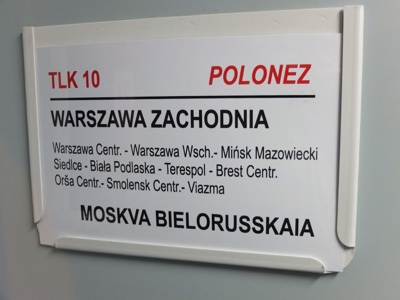 This may all change at Brest, where we will perform the ritual of splitting off each carriage, shunting it into the sheds and changing wheels. My main objective whilst this is all going on is to bag some homemade food from one of the babushkas (who materialise out of nowhere) right amidst the fairly violent and industrial process of knocking the bogies off our carriage and lifting it up a few feet to fit wider ones. I shall update as the evening progresses.

19.20
Now at a deserted Terespol, the Polish side of the border with Belarus. I have just had the first visit to my compartment from a very nice young lady sergeant, but I’m not sure which country or army she represents. I have not been asked to complete any paperwork yet and I wonder if this is possibly a new system. The sergeant was armed with a big portable scanner – and a light automatic pistol. My passport itself is biometric, I’m not sure it worked as she took it away to show a colleague. Last week Russia imposed a new system that means you now need to provide your fingerprints at the embassy to get a visa in the first place. As I got my visa issued before the new rule, I’m entering on one of the last ever non biometric visas.

I’m actually on a transit visa to Belarus tonight, which works for 48 hours from activation at the border. To get such a visa you first need to have a Russian visa – they often end up as a double page in your passport to keep things easy to find. Once you get into Belarus there are no further checks going into Russia, as this is the “hard” border and the crossing between Belarus and Russia is more like crossing between England and Scotland.

Second visit – Polish police (I think) the lady just wanted to check I had a passport. It’s nice having all these people come to visit you rather than you having to get off and queue up in the traditional sense. I only wish there was time to chat about the weather and the value of the Rouble.

19.43
On the move, four carriages and our locomotive, trundling over the bridge into Belarus. The lights are on inside the train, so it’s hard to spot what’s happening outside. We stop again, seemingly in the middle of nowhere and I can seen men outside looking under the train. Voices outside, so ready for the next team of officials. Definately from Russia or Belarus – you can tell by the language and the enormous size of their peaked caps. An immaculately turned out blonde lady Captain has just checked my papers and left with my passport. Her colleagues point and talk about me, but I don’t know what they say. Could it be about my mil spec Handpresso machine? Might they want to inspect it to see if it’s the latest 5.56mm model? Then what I assume a customs man arrives. He asks if I speak German (which I don’t), but I stand up and look him in the eye, he nods and leaves me alone (did I just perform some sort of Jedi mind trick?).
I can now hear the sound of aluminium ladders banging and power screwdrivers at work – I think they are taking the train apart to check for contraband. That or there are some very keen DIY’ers living next door!

The Captain is back with some immigration paperwork for me to complete. This takes about five minutes as long as you happen to know your passport number and your Belarus visa number by heart, as the passports were taken away a while back. Fortunately I have a photocopy in my “mobile office” bag.

The train engine idles, I assume to keep the power and heating working. There is a dog barking down the end of corridor. It doesn’t sound like a very scary dog, so possibly a passenger’s pet rather than a German Shepherd. How do you take a pet dog for a walk on a train journey lasting this long?

20.18
Captain Blonde returns, I present my homework and when I ask her if it’s okay she nods. I think it’s a B+, if not quite an A-. The train is moving again. My immigration form is stamped and in my passport now. The stamp is in pink ink. What has become of the CCCP? We are now being pushed slowly from behind by a shunter, so I guess this means I’m “in” and it’s engine shed time soon. 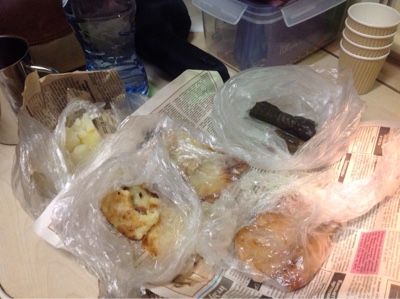 My peasant home cooked dinner arrives. I’m pretty pleased that I managed to get the right meal with a bit of international sign language and my iPad jumbo calculator. I went for chicken spatchcock, blinis, pickled gherkin, and boiled potatoes. We did the deal in Zloty. The base price was outrageous, but I held my nerve and I think Alan Sugar would have been pleased with my technique to get a 55 Zloty feast (£10), given it started at over 170 Zloty. I bet that was still way over what the Russians would pay, but I was happy…

21.16
Leaving the shed with a new set of wheels. The carriage is eerily quiet. It’s seemingly getting colder outside. Worryingly both toilets are now non operational. I think the pressure or the electrics in this carriage are kaput.. Edit – in a station with a man under the carriage right now. Maybe he has the unenviable task of fixing our plumbing? A young woman babbles something at me from the platform. She has kind eyes, but I’m no good with begging in my own language, let alone one I don’t understand. For all I know she might just be asking me for the time or the current price of the Rouble.. 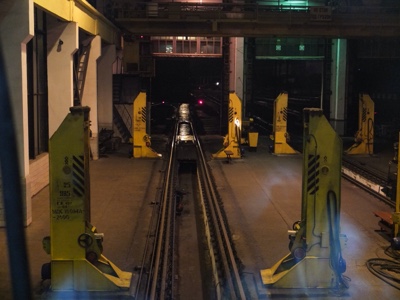 Time for an evening movie and a glass of reasonable Rioja that I bagged in Warsaw. Note to self – don’t forget about the time change, it’s past midnight Moscow time. Final job for the day – I have cannibalised two sets of bedding to make one decent bed tonight. I’m hoping I might actually get some sleep. Good night.