13.30
Bangkok Central Station is “old school” and pretty small, so despite a resident army of a few thousand protestors waiting to mobilise in the concourse, it was easy to get through. I was expecting to see an Army presence here but it’s clearly not a target, as the protestors have vowed not to close the railways.

No security, no ticket checks and straight onto the platforms. Then behold, there at Platform 5 – the “International Express” (aka “Special Express”) was already there and waiting, more than an hour before departure. 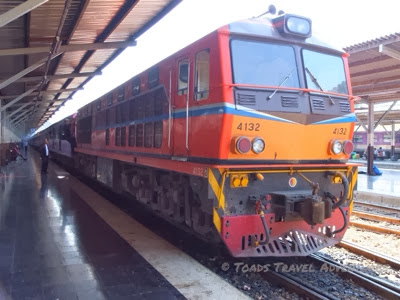 I should perhaps explain that it has this slightly glamourous name as it is the only truly international train route in Thailand, travelling daily down the coast to the Malaysian border. Here just two second class sleeper carriages go over and continue down to Butterworth. I’m in one of those – coach 3, berth 18 for the record. 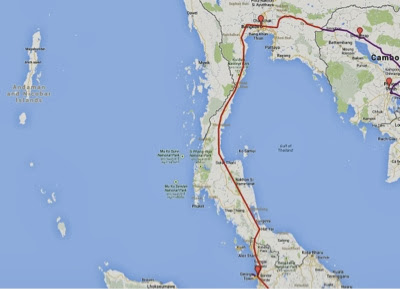 The design of the carriages is functional but a bit odd – they are in fact originally Korean, but I’m not holding that against them. The air conditioning seems to work well and they look quite clean, despite their age. My biggest problem is that there is no big luggage storage spaces, so I’m going to be public enemy number one unless I can come up with a cunning plan. 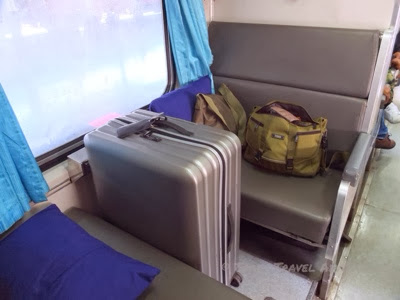 The way it works is that the two seats convert at night into open plan upper and lower bunks – quite spacious. My interpretation of the seat numbering is that even numbers are the (bigger) bottom berth and odd numbers go up top. The lower berth actually costs a little bit more on this train. 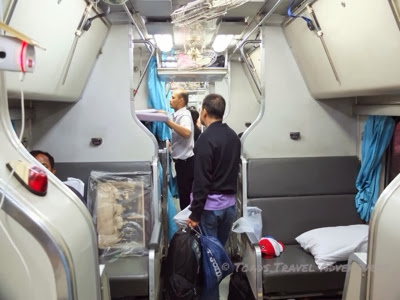 My ticket cost 1210 Baht (£22) for a 23 hour journey in the bottom berth of a sleeper. I think I actually paid over the ticket price, just to get it issued early and delivered to my hotel, but it’s still a great deal. In passing, seat 18, my seat, is I think the perfect seat – in the middle of the carriage, so a smooth ride, and with four 220v sockets close by – the only ones in the carriage. I have noticed that the second class carriages going to Butterworth are of more than one type. Carriage 3 looks newer, maybe with wider seats but less luggage space, but I suspect this is pretty random and nothing you can do about it when booking. 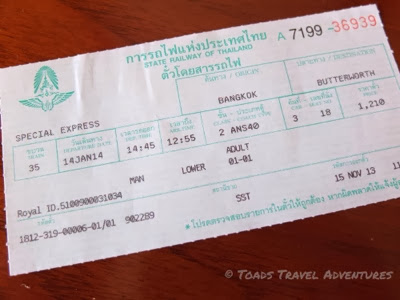 Breaking the mould for most Thai people, my carriage guard is so far completely miserable – he would almost be good enough to work on a Russian Railways he is so convincing. No help at all with my luggage issue, but at least he hasn’t thrown my bag off yet.

14.45
There are people moving up and down the train selling all sorts of stuff, but unless you speak Thai much of it is unrecognisable. A rather helpful purser has just offered me meals at my seat and the possibility of a beer later. I have ordered a full Thai breakfast with coffee (£3) for the morning at 7.00am, before we kick off border games. No one has materialised to sit opposite me, so my luggage problem seems to have gone away for the time being. I’m feeling better about this train as I settle in.
Mr Miserable (the Guard) is in fact okay when pushed and speaks a little English. My theory is that he perhaps wishes he was in the Army, and is practising looking as hard as he possibly can.

17.00
I’m in train travel nirvana again. The sun is setting, the purser has brought me along a big bottle of icy Chang beer (my favourite) and shown me the menu. 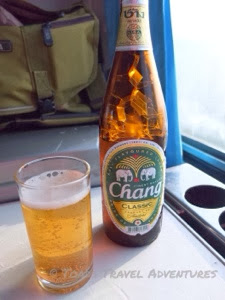 He even stops by to top up my glass every so often. This feels more like first class to me. I have the discovery edition of “Dark Side of the Moon” on full volume on my headphones whilst I watch the amazing views outside. I’m totally impressed with this train. 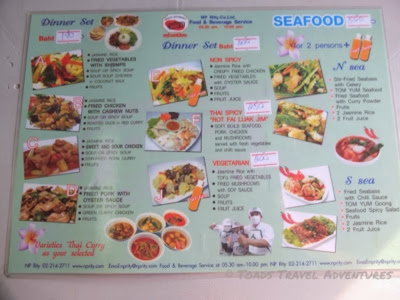 After a few hours I understand better the way our carriage is managed. Here is a snapshot of the team: 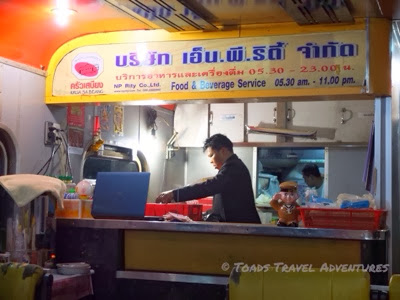 I have found the restaurant carriage (called, wait for it, the “Bogie Restaurant”) and it doesn’t disappoint. It’s teaming with life and characters. I have a four course dinner for 220 Baht (£4.50). There is really lively rock music and a party atmosphere here, so another beer is in order. 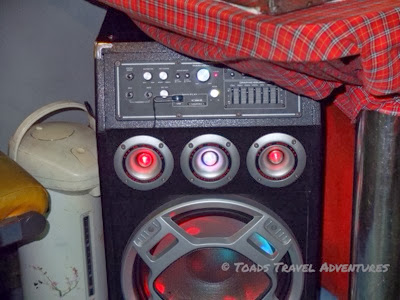 Just to spice it up even more, a charming but strangely tall woman has just sat down at the table opposite, and I’m fairly sure she is a “ladyboy”. What on earth would Alan Partridge do in this situation?! It’s all to much for me so I’m off to bed. 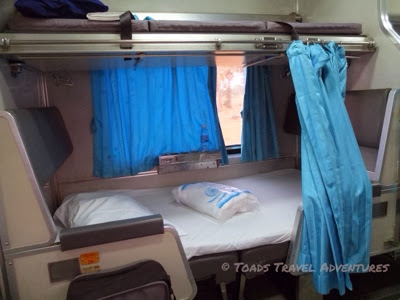 Assuming we safely pass through the FCO advisory trouble spots during the night, I shall update at breakfast. I figure staying awake isn’t going to lessen the very small risk of the train being hijacked or derailed by an IED.

Matthew, I'm very envious! As a fellow train travel lover I cannot think of many better feelings than the cold beer/view/menu /music mix that you created here. Must do the journey sometime soon. Enjoy the rest of your trip.