I have waited 24 hours before writing this post just in case there were going to be any health consequences of my recent street food banquet. I’m pleased to report that I’m feeling fine.

So a day munching through the streets of the old quarter with a guide called “Johnny” from a great little company called Vietnam Awesome Travel that I tracked down from TripAdvisor. Lunch started at 11.30 and finished at 16.30! The idea is only one dish at each place, washed down with some Hanoi Beer of course..

There was a mixed international group of about ten of us, and we were asked at the start if we wanted to try specialities like dog and various insects. The consensus was that we didn’t, so the places were chosen on this basis.

The first place was all about duck with duck rice. The secret is in the dipping sauce.. 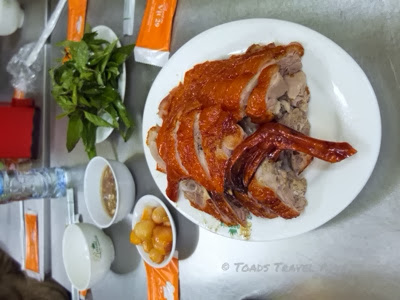 The duck was accompanied by salad, shallots and some aniseed tasting local herb that looked like basil but clearly wasn’t. 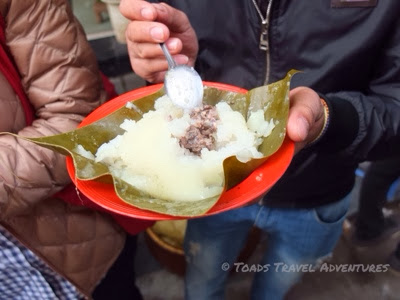 Next up was a street snack of rice with pork sausage – the dish was stuffed with “pate” of some sort – I wasn’t sure about that one.. 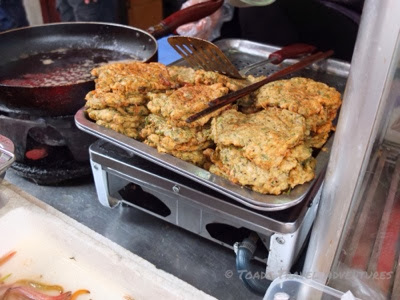 Next up were some (sea) worm fritters. The worms looked disgusting, but once in fritter form they tasted quite good. 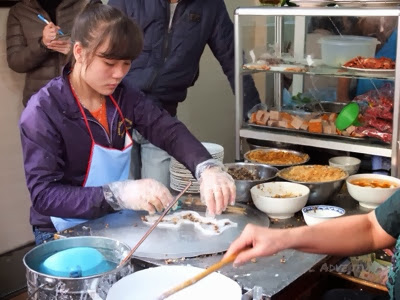 Then we moved on to mushroom and shrimp dumpling rolls – very tasty with coriander fried onion and a light dipping sauce. 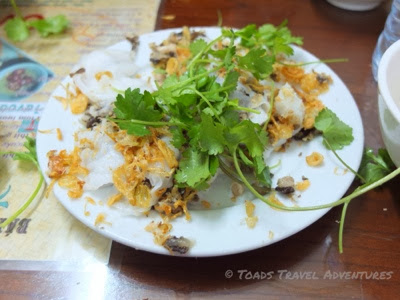 Seemingly out of sequence we then had a course of banana fritters.. 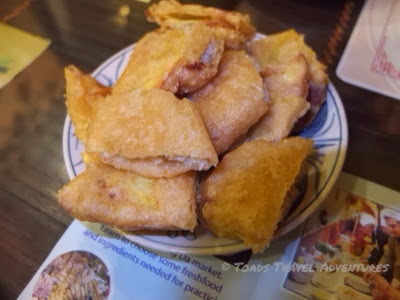 And then some fish. Apparently its unusual to get fish dishes on the street, so we were inside a proper restaurant for this. 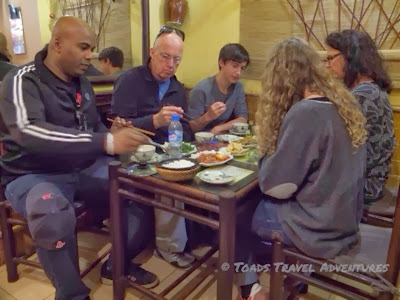 Fish dish of the day was catfish, fried and then served in do it yourself rice paper rolls with noodles, peanuts, herbs and cucumber. Again it’s all about the dipping sauce.. 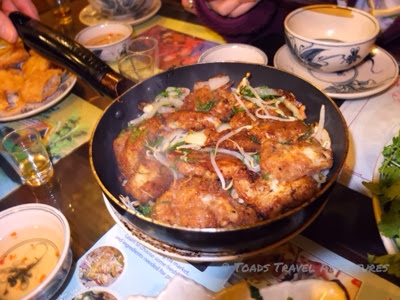 The next place was more of a place to drink the local draft home brew beer – “bia-hoi” – incredibly refreshing and cheap at a few thousand Dong a glass. 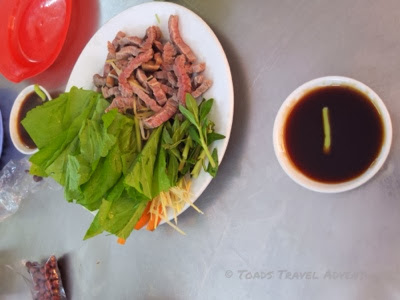 Some sort of sausage rice paper roll snack to go with the beer.. 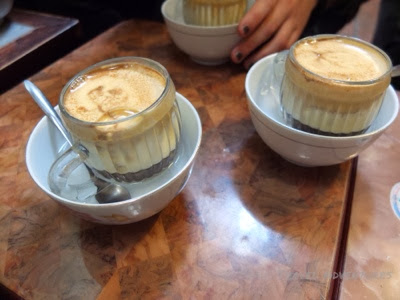 Finally to a hidden place serving quite a famous local drink to wash it all down – egg coffee. This was served in a bowl of hot water to keep it warm as you slowly drink it.

I possibly regret not trying some insects today, but will make up for this further on my trip I promise!