Having arrived at Hua Lamphong railway station on Sunday night it began to dawn on me that I had got into the centre of town in the “eye of the storm”. Less than 12 hours later Bangkok was due to be totally shut down as the opposition party do their best to oust the care taking Prime Minister. This is politics Thai style, and I only hope it remains peaceful, both for the people and for my own personal well being. There is talk of further action if Suthep does not resign by Wednesday and the General in charge of the Army will not rule out a full blown coup. I’m on a train out of here on Tuesday afternoon, as long as I can get back to the railway station. You can understand therefore the rather odd atmosphere about the place at the moment. In the middle of all this upheaval are tourists looking on from the well kept swimming pools of their very comfy hotels..

I’m staying at the Shangri-La (an old haunt for me) – its a heavenly place, but at a price. A price so great that my dinner bill last night would fund the transport of no less than 80 people from the Cambodian border to Bangkok by rail. This is the moral and economic problem of switching from being a third class rail traveller to the life of a five star tourist. 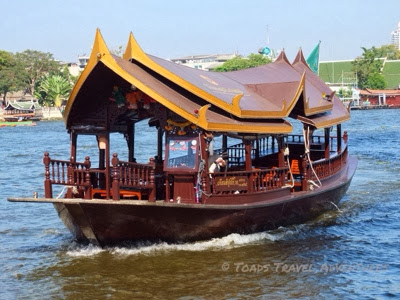 The hotel has advised me not to travel far away from the lobby today (other than on its private boat). I wonder what their contingency plan is? – I bet that the men in very dark suits here have a good one. Perhaps a helicopter evacuation from the roof? Or more likely a big boat to take us somewhere safe. 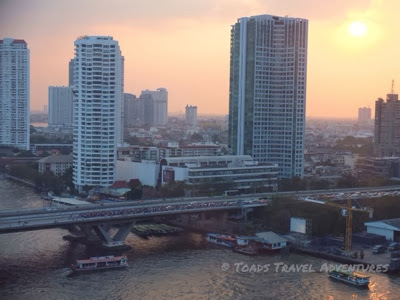 I had almost forgotten that I don’t have any tickets for my next journey when an envelope arrived at my door from my agent in Bangkok with a ticket on tomorrow’s “International Express”, bound for Butterworth in Malaysia. Throughout this journey I have come to rely on local agents getting me the right tickets and delivering them to me when I arrive in new places. It’s been 100% effective and great to know someone is looking after things in the next port of call. I would recommend this approach if you want to work to a fairly fixed itinerary so you can get advance deals with hotels etc. 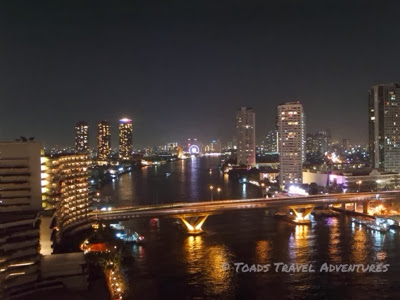 I have such a great view from my room that I’m going to throw a party here tonight. So far invites include only me, but who knows. I have found a store down the road that sells good cheese and wine. I’m not normally a cheapskate, but the pricing of alcohol in my hotel is just incredible.

Back on the rails tomorrow, for what I hope will be a comfy and fun penultimate leg. Fingers crossed it is a safe escape from this rather troubled place.