Having left Amsterdam on time last night, I woke at about 8.00am today after a very poor night’s sleep on the EN447. Just as well, as the guard explained we were running about 40 minutes early. The timetable changes today, so this was the last ever train to sit in Berlin for an hour – in future it will go for another loop around suburban Germany. 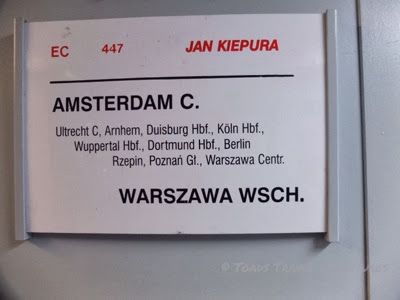 The train is a good one – spotlessly clean with all the key mod cons. My compartment is treated as first class as I have it for sole occupancy. So I settled in last night and watched as we passed through Arnhem and over the bridge – no lights, so not much to see. Sleep proved elusive. If you have ever seen Tom Woolfe’s  “The Right Stuff” you may recall how they tested Mercury astronaut candidates to see how they react to stress with a series of noises and surprising happenings. This train is quite similar in that it belts around Western Europe and the driver likes to show off his acceleration and late breaking skills to keep up with the timetable. So it was a bit like a wild fun fare ride, and in my slumber I kept wondering how he could see where he was going at this speed in the darkness. It’s not the steady rattle of the rails like on the Trans-Siberian, but banking and curves that mean the carriage moves unpredictably in all dimensions. 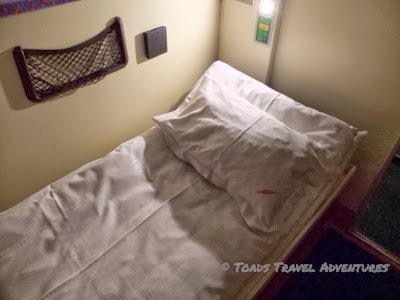 My secret key put in its first trip appearance last night. If you have not heard about this before, many railway companies use a guard’s key based on the same thing as a British Gas cupboard meter key. Thus I was able to help myself to an extra pillow from a locked berth, and open the window (huge mistake actually as I could not close it again and the wind whistled through at 100 mph all night). 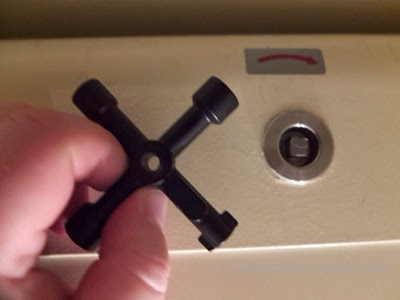 I hoped off at Warsaw Central (no announcements, so ready to jump out the door well in advance) and navigated the labyrinth of tunnels that link the station to the outside world. My hotel said they had no rooms ready in the morning, so I managed to pay an extra £50 and get a suite immediately. It was the right call as even after just a day travelling I really needed a shower. Quite a shower it is too, as it has a view out across the city! More to follow on the city..