Well I’m on the move now, but looking forward to getting my first proper rail leg under my belt tonight on the EN447. Leaving home yesterday proved to be a bit more stressful than usual for some reason. I said farewell to the fish, closed the front door behind me and got into travel mode as best as I could. I can’t yet get my mind around the fact that I’m doing another one of these slightly mad trips. I’m feeling a range of emotions ranging from mild excitement through to hopefully unwarranted panic at the moment.

On the equipment front, the first thing I have to report is the joy of wheels – eight of them actually, four on each of my two bags. Unlike last year (looking like a deranged pack animal carrying a huge duffel bag) this time I glided onto the MV King Seaways at Newcastle. Minor safety tip – no parking brake, so need to be careful on slopes, especially station platforms!

My new big case looks a bit flash, so a quick search at Customs, and a lift right up to my Commodore Class suite. Complimentary mini bar, wifi, walk in shower and breakfast in my cabin. I’m being spoilt ahead of a more simple life on the rails.. 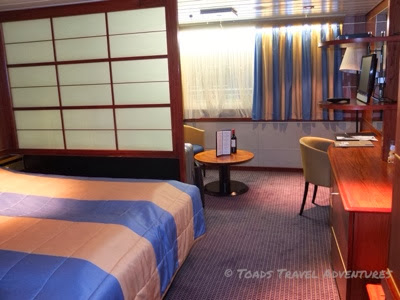 This ship is not that big, but has done a good job at isolating the “Geordie Shore” set from the more mainstream passengers. The best defence of all is the glass security doors that keep the party goers well away from my deck of the boat (think “Titanic”!). You only realise what a lucky escape you have had when you share the shuttle bus with them from Imjuden into Amsterdam. I think that I am fast becoming an official grumpy old man.

I meet people that I would never normally come across when I travel. In the morning I found myself cruising the canals with a Brazilian football player and his close flag waving entourage. You might know that I’m not big in terms of football knowledge (or speaking Portuguese) but I gathered that his team are playing the Germans next week. I didn’t mention the war, but wished him “good luck”. He gave me the thumbs up sign and smiled at me before he headed off. He obviously didn’t know that was the oldest trick in the book and would have given the game away in “The Great Escape”! 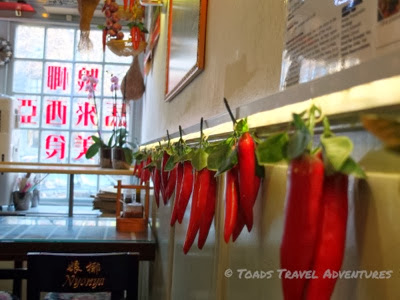 My mood was considerably lifted at lunchtime with the chance discovery of a Nonya restaurant with food so authentic I felt like I had actually sailed to Penang last night. This reminds me to tell you that I tried out my Mandarin language skills at a rather good Chinese restaurant in Newcastle last week. Not a word I used made any sense to the staff, so I’m keeping my brilliant “Point It” picture book close by at all times..

I’m spending the rest of the day hanging about here dodging bicycles before I head over the bridge at Arnhem tonight en route to Warsaw. Let’s hope that it’s not “A Bridge Too Far”! (I had to get that in – now ticked off my list of “favourite film blog bingo”!)

Hi. I have been looking forward to reading of your travels, and so I am pleased you've managed to get online and post. I haven't seen "The Great Escape" for many years, so you lost me after the comment about not mentioning the war.