I’m sat in the Sofitel bar listening to piano music and drinking reasonably good coffee. I’m exhausted. My room isn’t ready but I’m just happy to be able to have the run of the place and use my now unblocked social media for the first time in a few days. The women at the bar wear Ao Dai’s and greet you in French, which seems very different from the Chinese way. (“The Chinese Way” by Level 42 also pays homage to another famous Alan Partridge line, so I get another ten points for linking it into my blog..!). 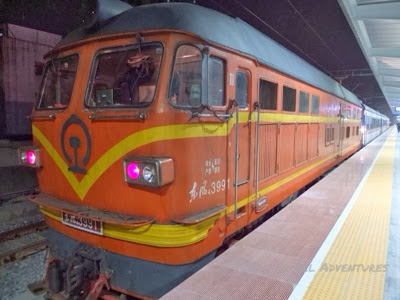 Firstly, an update and reflection on last night’s activities. The T5 down to Nanning was a great train – I could spend a week on it. The staff were kind, the food good, and the carriages very clean. Things got harder the further I went South, and the main hardship was just lack of sleep. However, the M2 train was a decrepid wreck if I’m honest about it. I spent the night shivering in my compartment with Basil (the mouse), waiting for the sun to rise and to get in to Hanoi. It was bearable, but only in the same way that a bivvy at Camp Two on Everest is bearable, it’s not a place you want to spend a lot of time in. Its ironic that after a couple of weeks training at jungle temperatures on Chinese trains, my first night in the jungle was in fact in an unheated, freezing cold and damp Vietnamese train.. 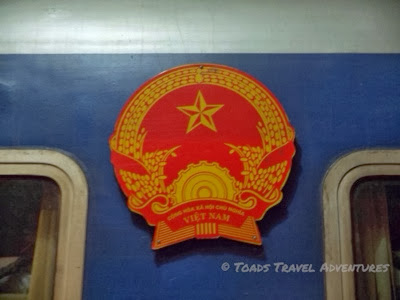 My old work friend Rob advises me that not all Vietnamese trains are equal, and although this was technically part of an international service, I suspect (and hope) that I have not yet seen the best of their rail network. I have also considered the possibility that I may have picked up some bed bugs last night, so I’m going to chuck everything in the hotel laundry in one hit before I even open my suitcase. It was so cold this morning that I had to get my down jacket out, so I hope its free of any critters as it’s very hard to clean. On the upside, I didn’t see any mosquitoes.

For my next leg I will be prepared for the worse, but hope the SE1 offers a better experience.. Time now to have a couple of days drinking coffee and sampling Northern Vietnamese food before I head to China Beach for New Year. If you don’t know it, China Beach was an early American R&R facility “in country”. I’m going to stay in DaNang for a party before heading to Hoi An for a bit of a break.

Oh, by the way – did you see? – nearly 14 000 km now – that’s a new train record for me, and only another (very relaxed) 5000 km to go for the rest this trip..it’s taken 18 pretty tough days to get here (including stops) but I will spend the next 27 days on a more relaxed and meandering journey in South East Asia. Payback!