Final morning on the train before we arrive at Beijing.

Time for a rather early lunch in the Chinese restaurant carriage, and then some packing and exchanging plans with fellow travellers. 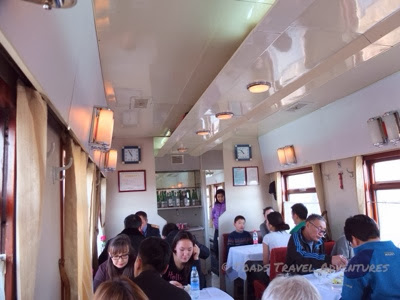 No idea why, but lunch is strictly served between 10.30 and 11.30 this morning. No menu as such, but all quite friendly and efficient. As seems to be normal in a Chinese restaurant car, a policeman is on hand to prevent possible noodle theft and black market exchanges of meal coupons! 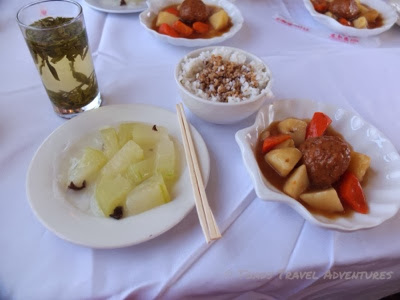 The scenery is totally different today – the railway line passes through massive gorges with frozen rivers and tunnels cut through the mountains for the final couple of hours as it winds towards its final destination. 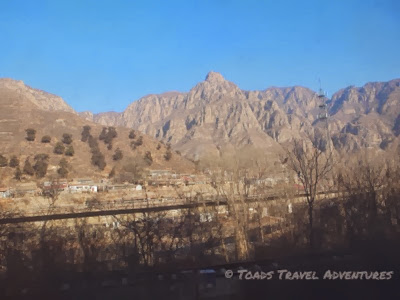 Time for me to reflect on the journey so far – did I really just do that?! I have covered just over half the distance of my mission in just 13 days, including my stops in Warsaw and Moscow. The Trans-Mong is at times fun, at times a bit of a strain, but rich in amazing experiences and people. The cumulative effect of two weeks on the move in the cold outside and the unrelenting heat on board the train has left me a bit tired and shell shocked, but I have three days R&R now to get myself into shape for my second tour of duty – almost literally, as I’m bound for Vietnam on Thursday on the twice weekly express service from Beijing to Hanoi (the train known as the “T5”).. assuming someone here has my tickets. All I can think of right now though is a very very long hot shower!